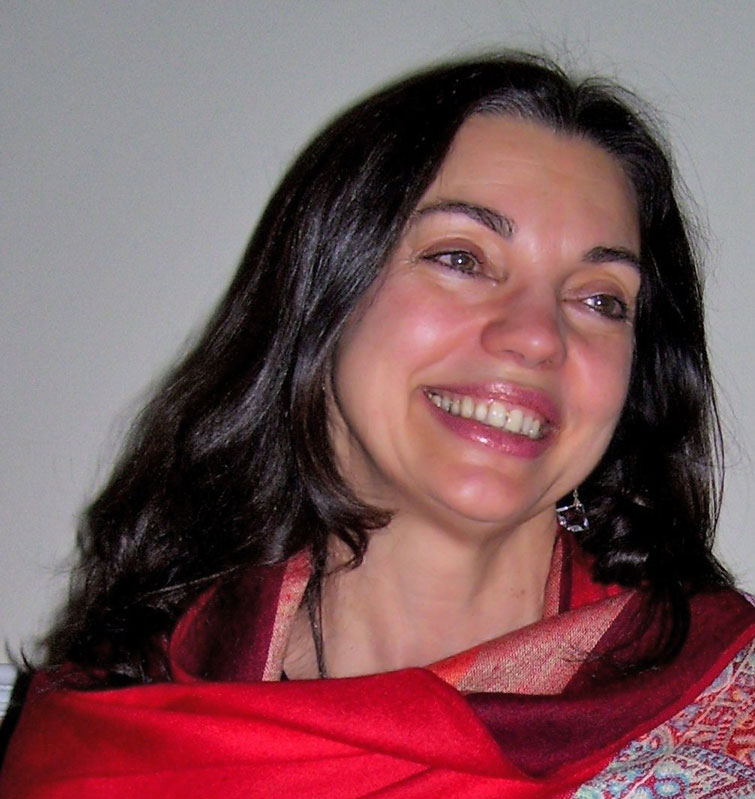 All was quiet. Alice was back in Los Angeles. Carlos was back in Mexico. The children were still away. Alice and Clara sat in the patio garden eating a leisurely breakfast. Clara was also quiet, even somber. She was filled with heartache. Alice’s presence did not cheer her up. Clara sighed, a lot.

Alice, finally tired of dramatic silence, asked “Well?” Clara looked up startled and frozen like a deer caught in the headlights of a car. Her mind had been focused on the moment Carlos burst into her room before he left for Mexico. She had felt the intensity of his angered and passionate presence before he pushed her to her bed shouting “How could you…. you know I love you. Isn’t that enough? Surely Ricardo told you of my situation.” His mouth had covered hers. Clara and Carlos melted into a turbulent oneness.

The present moment in the garden with Alice re-asserted itself.  Poised, Alice continued “Did you read the stories I left you?”

“I looked briefly at them but with Carlos here I did not have time to myself. He demanded my total attention. When we weren’t fighting, we were making love. There was almost nothing we did not do together. I felt joined at the hip and at the soul. I still feel that way. It’s a perfect co-dependent relationship.” Clara said unhappily.

“Not my favorite kind either,” Alice smiled a half smile filled with empathy. “I like the notion of inter-independent relating not a symbiotic or co-dependent one. There is nothing like the freedom to be your own self and have time for yourself even around those you care about.”

Alice not only heard but deeply felt Carla’s struggle. It was almost as if her own younger self was speaking.

“Perhaps, Carla, it would be best if I gave you an energy clearing when we finish breakfast. You seem to be in a karmic holding pattern. You and Carlos, no doubt, have had past-lives together. That possibility did not occur to me when you first met. This is clearly not a casual affair.”

“No, it is not casual, nor like anything I have experienced so far in my life. My ex-husband and I met in University. We were compatible in temperament, we never argued. After the first six month the hot sex was over, never to return. By then I was pregnant and had our first child just before graduating with a B.A. from U.C.L.A. He was finishing up his MBA degree in business.” Carla took a deep breath and continued. “By the time I was pregnant with my little one, Janey, it was apparent our life values were different.  Nonetheless he has been very good to the children and me, as you know.”

Carla’s out-pouring continued “I seem to be a bit of a throwback to the 60’s in terms of environmental concerns and an artistic, do what you would want from the heart philosophy. But Carlos takes the cake in the passion department. I am lost.”

“Not lost, just still discovering yourself.” said Alice as she sipped her café con leche or was that café au lait, mused Alice. “Perhaps, I better do an energy re-balancing now.”

Alice raised her hands, her palms towards Clara and closed her eyes. She saw the cloudiness above Clara’s head and sensed energy which was not Clara’s. Alice called on the higher powers to clear and cleanse Clara aura of all that did not belong to her. Then Alice continued bringing in light and all that was needed for Clara’s highest and best.

How do you feel now, dear?” asked Alice. Clara smiled, “Like a big grey cloud is no longer hanging over my head. I feel like myself, only more light filled. Will you teach me how to do that?

“Of course, I will, Clara but we must start again at the beginning with my work. You have been training with Ricardo and Pablo and now we must begin anew. Some of what I do will be familiar from the work you have done with them, other aspects quite different. It’s like two styles of drawing if you will. Two artists might paint the same tree differently. Mondrian’s tree inspired paintings look nothing like trees. You get my drift?”

“Good question. I don’t know anyone with a concise answer. I will try…Enlightenment is about lightening up. In part, it is an on-going or unfolding process. You might say it is a never- ending story…but of course it is the ‘story’ you must give up.” Alice could see Clara was confused so she clarified.

“Just as you have been upset and overly concerned about your relationship story with Carlos, you were able to let go of it for a moment. This is an example of lightening up. “

“Enlightenment is getting in touch with that which is permanent in you as well as everyone and everything else,” continued Alice, even as angelic energy and a sense of expanded consciousness enveloped both she and Clara. “It is the Oneness. The experience of this can be quite intense. But enlightenment is not an experience. It simply is.”

Clara  was even more confused but she also sensed a vastness of energy enveloping her.

Alice closed her eyes as if she were receiving information from an invisible source.

“So many people go searching for enlightenment in the hopes that it will solve everything and give them everything they want. It does not quite work that way. What enlightenment gives you is enlightenment, a deeper, broader awareness. It can begin with internal consciousness of your body and extend to levels beyond the physical.

“Some paint enlightenment in glorious colors,” glimmerings of stars seemed to appear in Alice’s now open eyes as she said “totally enhanced states of consciousness beyond what I would call social reality. Awakening experiences of this nature do happen.” She smiled. “They are not permanent. Some people do chase the so called spiritual highs, going from guru to guru or lover to lover.

Doorway to the Divine

“And yes, sexuality is a doorway to the Divine. It is only the doorway. Enlightenment happens when you no longer exist. No one there; the ego, the story have disappeared. The dancer becomes the dance; the finger points to the moon.”

What Alice shared sounded mysterious and enticing to Clara. Though she had heard some of this before Clara still did not quite get ‘it’. Maybe she never would Clara thought.

“Enlightenment is impossible to understand with the mind. Yet most everyone has had self- actualized moments in their lives. Moments, when looking at a flower or perhaps a cabbage becomes not an object but simply something beautiful. One merges with the beauty, just as looking into the eyes of your beloved allows you in some way to merge”

Alice closed her eyes again speaking the words of an invisible voice only she could hear.

“Language is a barrier…at times.  Yet when you hear the truth, it is palpable; you know…yet again no-one there, simply the truth.

“We live in paradox. The world is real and also does not exist. Yet we must live as if the world were real and know that it is also not as solid as you might believe. There are other dimensions and levels of reality which also exist and are impacting us.”

Alice continued speaking from an inner space trusting Carla would take in the essence of her words even if she could not entirely understand them. And then again, her inner voice said speaking only to Alice, “Understanding is the booby prize of enlightenment.”

“What we believe determines how we perceive and how we react emotionally. Alice’s voice softened as she said, “You might as Carlos has suggested, feel the reality of his love for you but for the moment it does not fit your picture of what a love relationship looks like.

“If you were aware that nothing last forever except the ‘no thing’ of enlightenment you might be quite happy with Carlos. And also I am not saying you should look at the situation any differently than you are doing in this moment. There is no ‘should’ in this….”

Clara started crying and laughing all at the same time. It was as if the hearing of what Alice was saying cut to the core of her being and another level of release was taking place. Years of conditioning seemed to shatter and fall away from her psyche. And suddenly she was the moon to Carlos’ sun.

Alice let Clara cry…and went and made some chamomile tea.

If you would like to discover more about enlightenment for yourself checkout the these easy to do  5 steps to Enlightenment…my gift to You!

Listed in post Overview of the Adventures of Alice Wonderbar are all the previous episodes of  Alice’s Adventures…if you want to catch up. 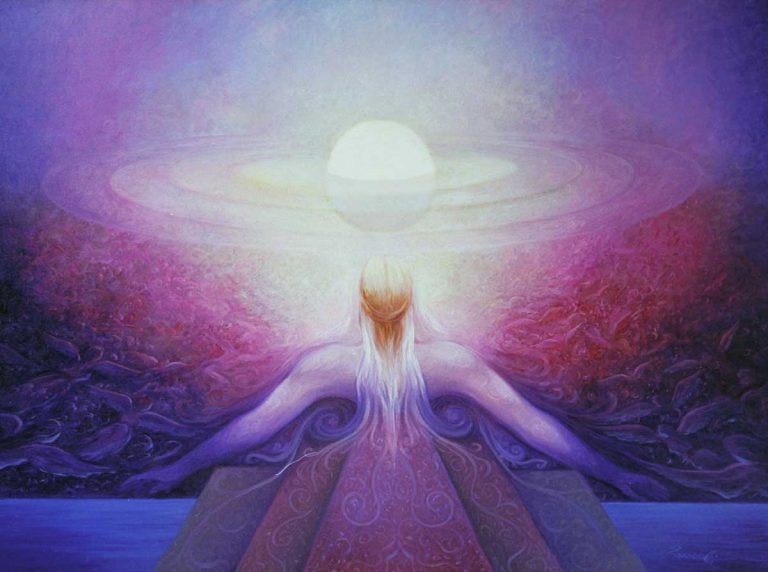 Is your inner light on? Your light is most important. November this year has been tough. Its been grey and now it 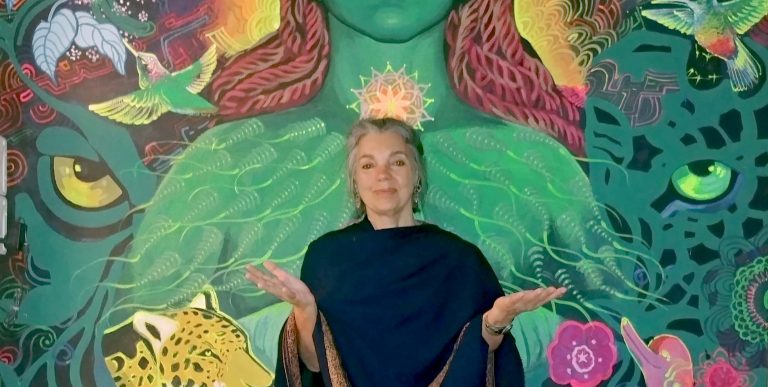 You are a magical healer. Your body is designed to heal and establish balance aka homeostasis. If you are so out of

When Talk Therapy Does Not Work

Conventional  wisdom says ‘it’ is all in your head, so just change your mindset and ‘it’ will all be alright. Whatever the